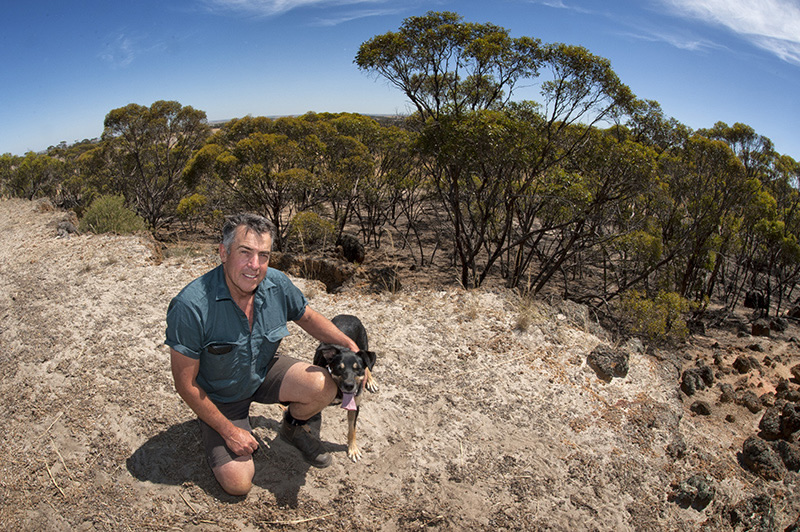 Landholders needed to step up their efforts to protect native bush land following the listing of WA’s Wheatbelt woodlands as critically endangered under the Federal EPBC Act.

The Eucalypt woodlands occur in the Wheatbelt region between the Darling Range and the western edge of the Goldfields.

The listing refers to patches of remnant vegetation including woodland with a minimum crown cover of 10 per cent.

The CEO of natural resource management group Wheatbelt NRM Natarsha Woods said there were only scattered patches of this remnant vegetation now left.

“Some Shires in the central Wheatbelt have less than six per cent of native vegetation and are on a downward trajectory when it comes to losing native species,” Natarsha Woods said.

“This listing is a wake up call that should prompt a whole of community response.

Cunderdin farmer Alan Carter has been actively fencing off patches of woodland on his property and carrying out feral animal control over the past 40 years.

He said the listing was a timely reminder that unless landholders, councils and governments act, more native bush land would be lost.

“I knew the woodlands were degraded, because in many cases the understory is disappearing and new trees are not regenerating.

“I’m concerned that the landholders actively preserving remnant vegetation could themselves become an endangered species.”

Wheatbelt NRM’s Natarsha Woods said the group was currently working with landholders repairing more than 100 sites throughout the region.

She hoped the listing would help groups’ access more funding to carry out environmental work.

“Now that we know we’ve reached the tipping point when it comes to preserving native vegetation, we’re hoping the WA Wheatbelt will become a priority in sourcing funding,” Natarsha Woods said.

Landholders will be able to find out how the listing will affect them through community consultation in February 2016.