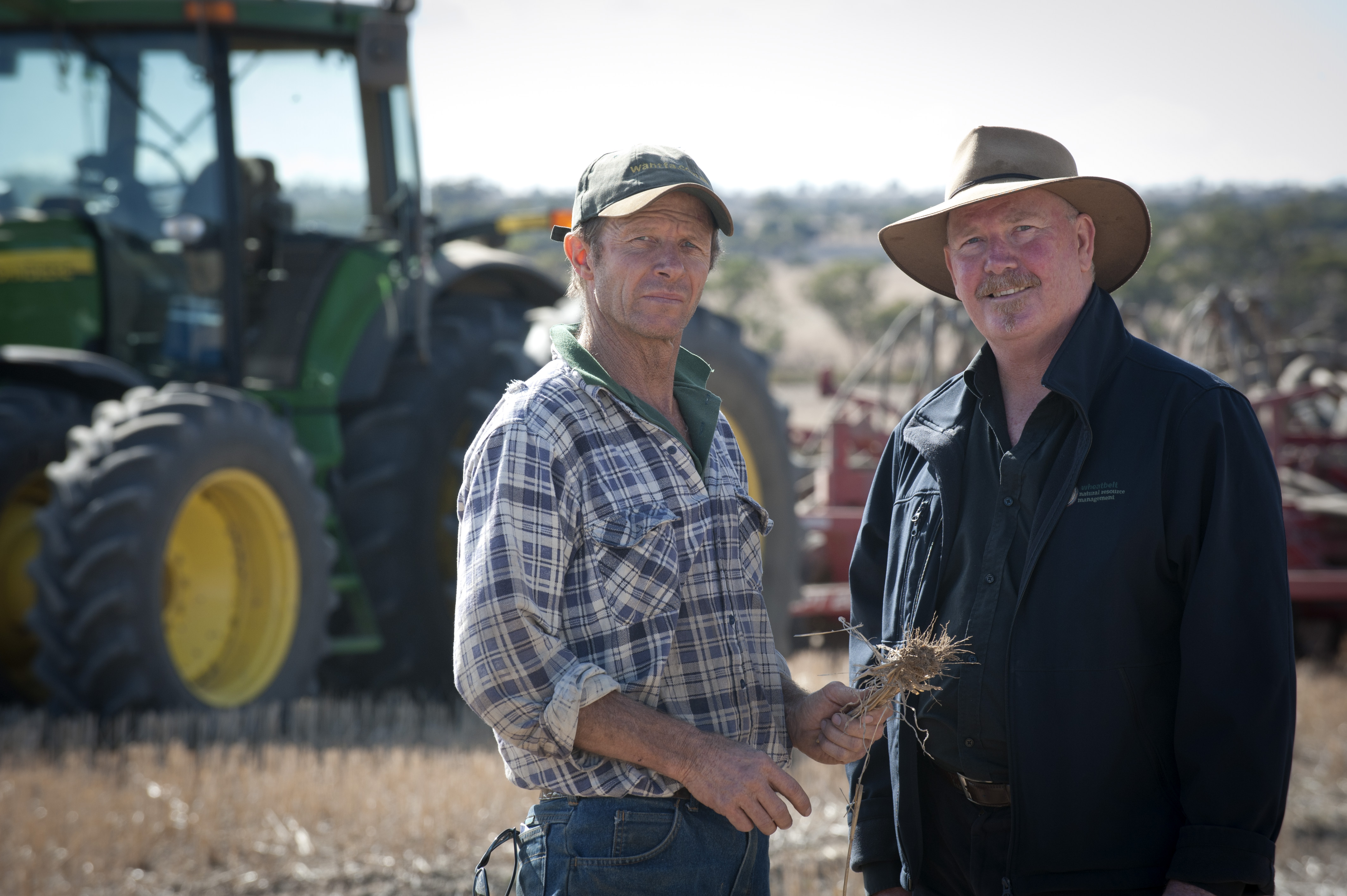 Does the way we farm affect the amount of organic carbon that can be stored in our soils? The question is now being investigated as part of the first study of its kind in the WA Wheatbelt. Farmers have long understood that healthy soils, rich in organic carbon including a plant’s decomposing root system, can help lead to more productive paddocks. And more recently carbon has made headlines because of the potential for the agricultural sector to help offset greenhouse gas emissions by storing carbon. But little is known about how much organic carbon can be stored in Wheatbelt soils, and what farm management practices can change this. Natural resource management group Wheatbelt NRM is driving the study in partnership with the Soil Biology Group at the University of Western Australia. The work involves extensive soil testing to a depth of 30 centimetres on 100 farms in the region. Standard soil testing normally only reaches a depth of 10 centimetres. Wheatbelt NRM’s project manager for sustainable agriculture Dr David Grasby said the research was important for farmers in light of the emerging carbon market “We need to be able to quantify how much carbon can be stored as a result of farming practices, with the potential for farmers to derive a financial benefit for the carbon they’ve stored in the soil,” David Grasby said. The research is part of a similar study across the rest of Australia’s farming land by the CSIRO and the Department of Agriculture, Fisheries and Forestry. “In WA, carbon makes up roughly two per cent of soil, but in some Eastern state’s soils that figure is much higher at 10 per cent. “That’s because increased soil fertility and higher rainfall promotes greater plant growth. “The heavier, loamy clay soils retain carbon more so than sandy soils, which are characteristic of WA.” Under the project scientist Dr Andrew Wherrett, a research manager with York-based company Living Farm, revisited 100 paddocks he sampled six years ago. He said the testing originally started in 2006 because of a need to better understand soils and potential constraints to production. Back then, 550 farms were sampled and the results posted on www.soilquality.org.au so farmers could look at the soil test data online, compare their results with other growers, and access soil related information to help with decision-making. Six years on the project has been given new life with more testing, revisiting 100 of the original sites. “There’s more interest in this research because of the current debate about carbon, and W.A. farmers want to know if what they do in their paddocks affects how much carbon is stored in their soils,” Andrew Wherrett said. “Not only are we trying to detect changes in carbon levels from last time, we’re also benchmarking soil carbon stocks to 30 centimetres because that is now the national standard in Australia through legislation. “We’ve sampled the soil prior to seeding and over the next three months we will begin to analyse it.” Funding for the project, which is expected to take two years to complete, is through the Australian government’s Caring for our Country program. One farmer who has taken part in the study and was keen to hear the results was Kit Leake. The Kellerberrin farmer has always been interested in soil health, and has been soil testing on his property since 1974. “Organic carbon first appeared on our radar in the early nineties,” Kit Leake said. “We knew we could improve our organic carbon by retaining crop residue and the evidence showed, the higher the organic carbon, the more productive your soil. “So when Wheatbelt NRM approached me about follow up soil testing to a more comprehensive depth of 30 centimetres we were more than interested.” Like many Wheatbelt farmers, Kit Leake has invested time and money into improving his soils through farm management practices like liming. “Our annual liming program is spreading at least 500 tonnes at a rate of between one and two tonnes to the hectare,” he said. Soils tested every 20 hectares to a depth of 30 centimetres have shown a positive response. Kit Leake said while he realised climatic conditions, including several dry years, influenced organic carbon levels, he still hoped farming practices including no-till helped. “I’d certainly be hoping our carbon levels have increased in the last six years,” he said. “But it’s only this type of research that will be able to tell.”