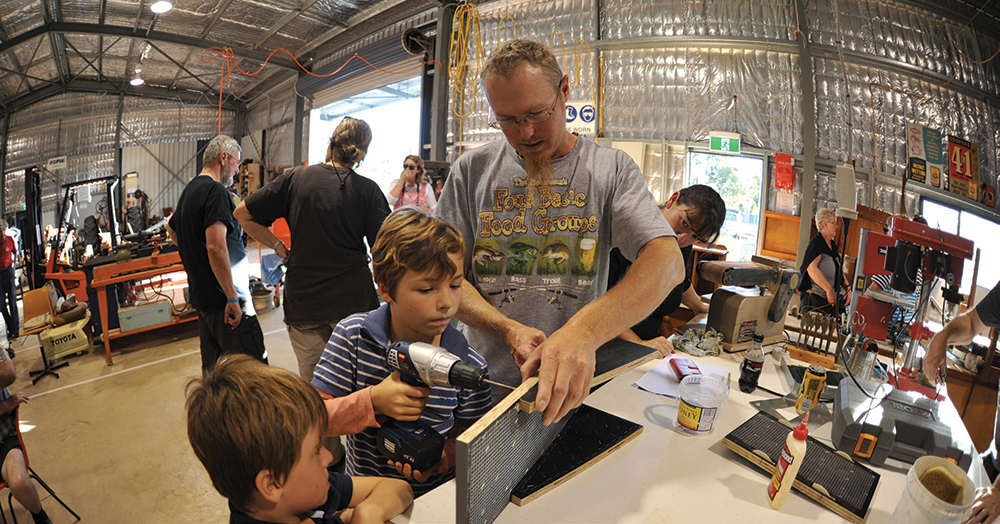 Microbats consume more than 1000 mosquitos a night, eat more insects than a bird and are the world’s ony flying mammal.

These were just some of the facts presented to more than 50 people who took part in a night walk at the Merredin Peak Reserve, observing local bat populations.

The bat expert had spent the afternoon with the group, building bat-nesting boxes at the Merredin Men’s Shed.

The boxes were then given to participants to install them on their properties throughout the Wheatbelt.

“These native bats, that are slightly larger than a mouse, are listed as a threatened species and are so fragile that nothing can really protect them, so using things like the bat nesting boxes can help preserve populations,” Joe Tonga said.

“The boxes are made with a small entrance and not much space and are tailored for a bat’s body parts.

“No other creature like bees, rats or birds can access the box and they can be put up in sheds, old houses or on trees.

“We have more than six different species in the Wheatbelt including the Gould’s Wattled and Chocolate Wattled bat.”

“One of the biggest threats to our native bat populations is land clearing, including the removal of the single, old Salmon gums that may be left standing in a paddock,” Leigh Whisson said.

He said installing bat boxes could in some way alleviate the effects of land clearing.

“These trees provide the perfect hollows for them to nest in, so we are really encouraging landholders not to push them down,” Leigh Whisson said.

“Bats are critical to the environment, and are helpful to farmers in that they consume many of the moths and insects that eat crops.”

The project was support by Wheatbelt NRM through funding from the Australian Government’s National Landcare Programme.