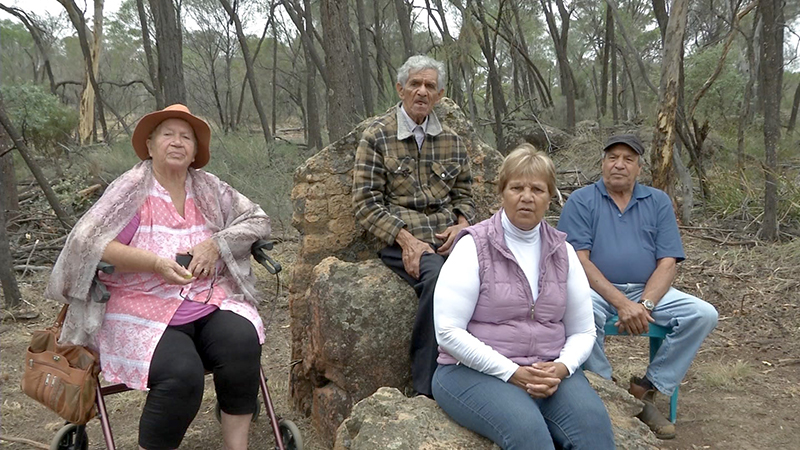 More than 50 people have met at the unveiling of a plaque to help remember one of Brookton’s most important indigenous sites.

Nalya, or the King’s Chair, is a granite rock formation found in the shape of a chair about 10 kilometres east of Brookton. It plays a large part in local Noongar culture and their Dreamtime stories.

Natural resource management group Wheatbelt NRM has been working with local Elders to preserve some of these stories.

The group’s Aboriginal NRM project delivery officer Michelle Winmar said a plaque had been unveiled as part of this.

“The site was registered with the Department of Aboriginal Affairs in 1990 by local Elders as being an old ceremonial ground,” Michelle Winmar said.

“This means the King’s Chair was protected within the Weam Reserve, and we’re now working with families to find out some of the stories surrounding it.”

Local Elder King George McGuire officially unveiled the plaque. He joked with the group of traditional owners, government representatives, farmers and those from the wider community that he was “King for a Day”.

This is now the third culturally significant Aboriginal site to be officially recognised in the district in the past six months.

This work has been done through Wheatbelt NRM with funding from the Australian Government’s National Landcare Programme, with books now published on Boodjin Rock and Pumphrey’s Bridge.