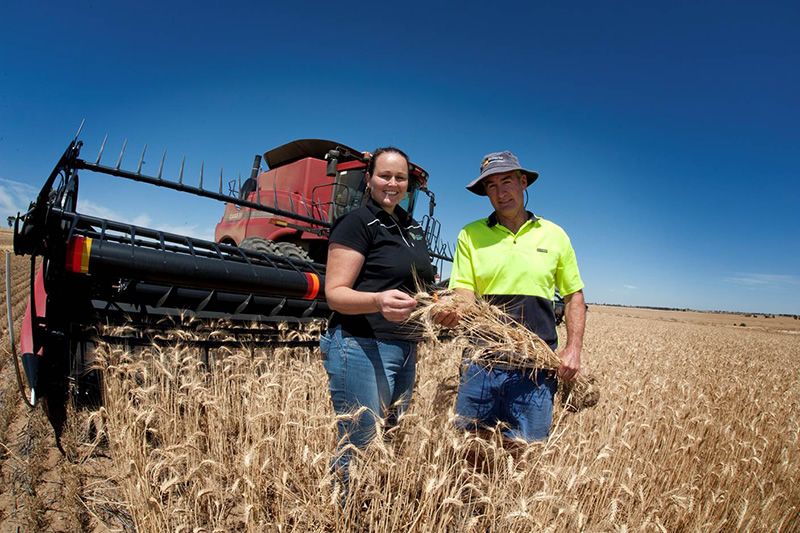 One of the Wheatbelt’s newest farming groups has secured funding to try and improve the way soil acidity is tackled throughout the Wheatbelt.

The Merredin and Districts Farm Improvement Group is one of 22 local groups and landholders to share in more than $185,000 of new grants announced this week.

The funding comes from the Australian government’s National Landcare Programme.

MADFIG’s vice-chair and Merredin farmer Andrew Crook said he was thrilled with the $20,000 grant, which would be used to help investigate alternative sources of lime.

“We have to pay up to $42 dollars a tonne for our lime landed at our farm, and nearly all of that is in freight as it is trucked in from the coast,” Andrew Crook said.

“These local deposits are relatively small in size but will provide a low transport cost lime option.

“We’re also going to use a finer lime with a large proportion less than 70 microns in size.

“By doing this we will be able to confirm that it will dissolve into the soil and effect a faster change in soil acidity, getting a quicker economic return.”

The availability of drop spreaders has made the application of this fine material easier.

Wheatbelt NRM’s project delivery officer Tracey Hobbs said soil acidity in WA was estimated to erode potential crop yields by nine to 12 per cent, at a cost of $500 million each year.

“According to research by the GRDC, more than 14 million hectares of farming land in WA is acidic, or has the potential to go acidic,” Tracey Hobbs said.

“This is clearly one of our biggest soil health issues and its projects like these that are run locally, that will help other farmers tackle this enormous problem.”

The Wheatbelt NRM Sustainable Agriculture trials and Perennial for Profit demonstration sites begin in 2016, with other farming groups to benefit including the Facey Group, the WA No-Till Farmers Association and the Gabby Quoi Quoi Catchment group.