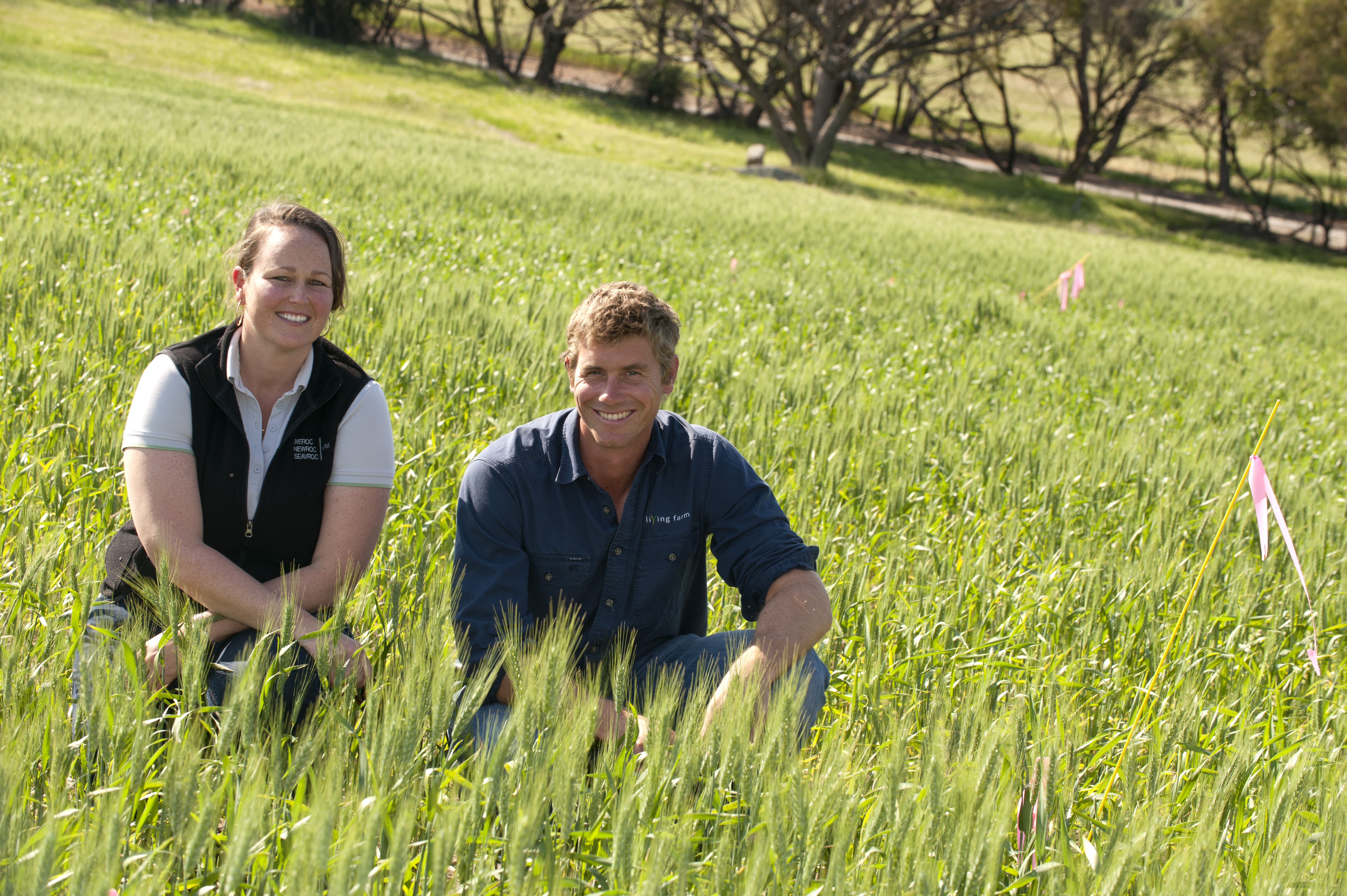 Poultry farmers have spent years trying to find a market for their chicken manure, and a solution may now be in sight with help from the forestry and broad acre cropping industries.

A trial near York is using a combination of left over thinnings or prunings from pine plantations, mixed with chicken manure and spread on wheat crops.

The product contains high levels of organic nitrogen, and useful levels of phosphorous and potassium and has already recorded a healthy visual response, although October rain has delayed harvest with the initial yield data not expected for another month.

The three-year trial is being funded by natural resource management group Wheatbelt NRM, and coordinated by York consultants Living Farm.

Adding another element to the project is the involvement of WA Biofuels, which has found a use for the forestry thinnings that would otherwise be left on the plantation floor to decompose.

The manager of biofuels and forestry Darryl Outhwaite said his company had developed a process to turn these thinnings into bedding material for chicken farms.

“When mixed with the chicken manure the bedding can contain foreign matter and some toxins, but by using the forestry thinnings it makes the bedding free of contaminants.”

Darryl Outhwaite said the entire poultry industry in WA used roughly 100,000 cubic metres of bedding each year, with poultry sheds needing to be cleaned out eight times a year.

He said since their introduction two years ago, about 10 per cent of poultry farms were now using the forestry thinnings as bedding.

WA Biofuels was also investigating converting the thinnings into Biochar, carbonized in a purpose built furnace and then crushed and screened and mixed with the poultry manure in pellet form.

“It would also make the manure more cost effective by boosting its capacity to catch volatile nitrates, increasing its value to farmers.”

Contract research provider Living Farm and its agronomist Richard Devlin were carrying out the trial.

“Many of our clients are farmers who see a large proportion of their annual budget spent on inorganic fertilisers including urea and sulphate of ammonia,” Richard Devlin said.

“Analysis has shown the chicken manure has high levels of nitrogen and useful but low levels of phosphorous and potassium.

“It is therefore more suitable as a substitute for nitrogenous fertilisers and in this trial we decided to test it up against sulphate of ammonia.

“The fertilisers being tested were spread on the plots either prior to sowing or six weeks after sowing.

“York is within a reasonable distance from Perth where a lot of the poultry farms are having trouble finding a home for their bedding and manure.

“What we’re hoping this trial will do is prove the chicken manure is of a high enough quality where it will compensate for the cost of freight and act as a substitute for traditional inorganic fertilisers.”

In order to test the quality of the chicken manure, a trial site was established using 11 treatments replicated four times.

The treatments included varying applications of sulphate of ammonia, chicken manure and bedding, and Biochar.

Apart from the untreated treatment, all plots received adequate levels of phosphorous and potassium at sowing, so a more realistic impact from nitrogen could be assessed.

The trial was sown in June using Corack wheat at a rate of 75kg/ha.

Soil testing was done for micro and macro nutrients through CSBP and tissue testing undertaken in August.

“We’ve already seen a visual response to the manure treatment, so we’d be expecting that to be reflected in the yield data come harvest,” Richard Devlin said.

“This is one of three compost trials we’ve funded in the Wheatbelt this year,” Tracey Hobbs said.

“The other two projects focus on using compost from city recycling and composted cattle feedlot waste.

“It’s the first time we’ve funded these types of projects in response to more farmers wanting an alternative to the traditional and often costly inorganic fertilisers.

“With the changing climate and tighter profit margins, soil quality is becoming an important factor in reducing input costs and maximizing water use efficiencies.

“Farmers are becoming increasingly concerned that traditional fertilisers are not improving their soil health.

“We’re keen to see if this pelletised chicken manure could be a possible low cost alternative supply of nitrogen, while also providing longer term benefits by conditioning the soil.”