BioBlitz returns to Wheatbelt in 2016 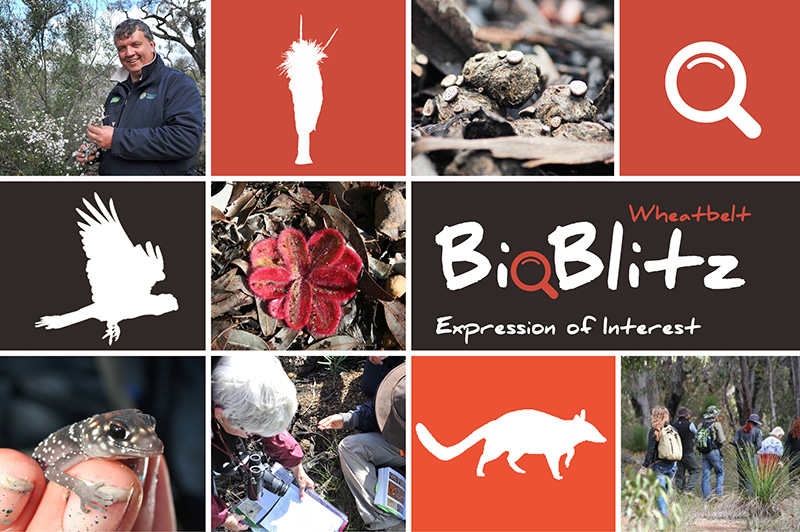 Ever wanted to discover a new species or unearth a rare plant?

Well your chance could come when the Wheatbelt’s eleventh BioBlitz returns this September.

BioBlitzes are community based surveys that aim to identify as many species of plant, animal and fungi as possible over a 24 hour period at a particular location.

Sometimes they identify rare and unique species such as the Eurodacus scorpion collected by ecologist Michael Curran at Wheatbelt NRM’s Korrelocking BioBlitz in 2012.

“BioBlitzes are all about raising people’s awareness of the amazing biodiversity that’s right here in our own backyard”, according to Wheatbelt NRM’s Regional Landcare Facilitator Leigh Whisson.

“Here in the central Wheatbelt we’re part of Australia’s only biodiversity hotspot.”

“The chances of finding something new and undocumented are pretty high – perhaps even another species that’s never been recorded before.”

The best news is the 2016 BioBlitz could be coming to a town near you.

“Thanks to funding from the Australian Government’s National Landcare Programme, Wheatbelt NRM are inviting Landcare groups, community groups and grower groups to express interest in co-hosting the 2016 BioBlitz with us,” Leigh Whisson said.

“We’re also looking to hold a school-oriented mini BioBlitz as part of the event.”

Groups applying to co-host the event are asked to nominate suitable sites in the Avon River Basin that cover a range of environments such as natural vegetation, agricultural systems, revegetation areas and waterways.

“This is a great chance to discover more about your local Wheatbelt environment while showing off your region’s natural assets to visiting BioBlitzers,” said Leigh Whisson.

Further details can also be found online at: www.wheatbeltnrm.org.au/bioblitz16