Where are they now? Improving sandy soils in Wyalkatchem 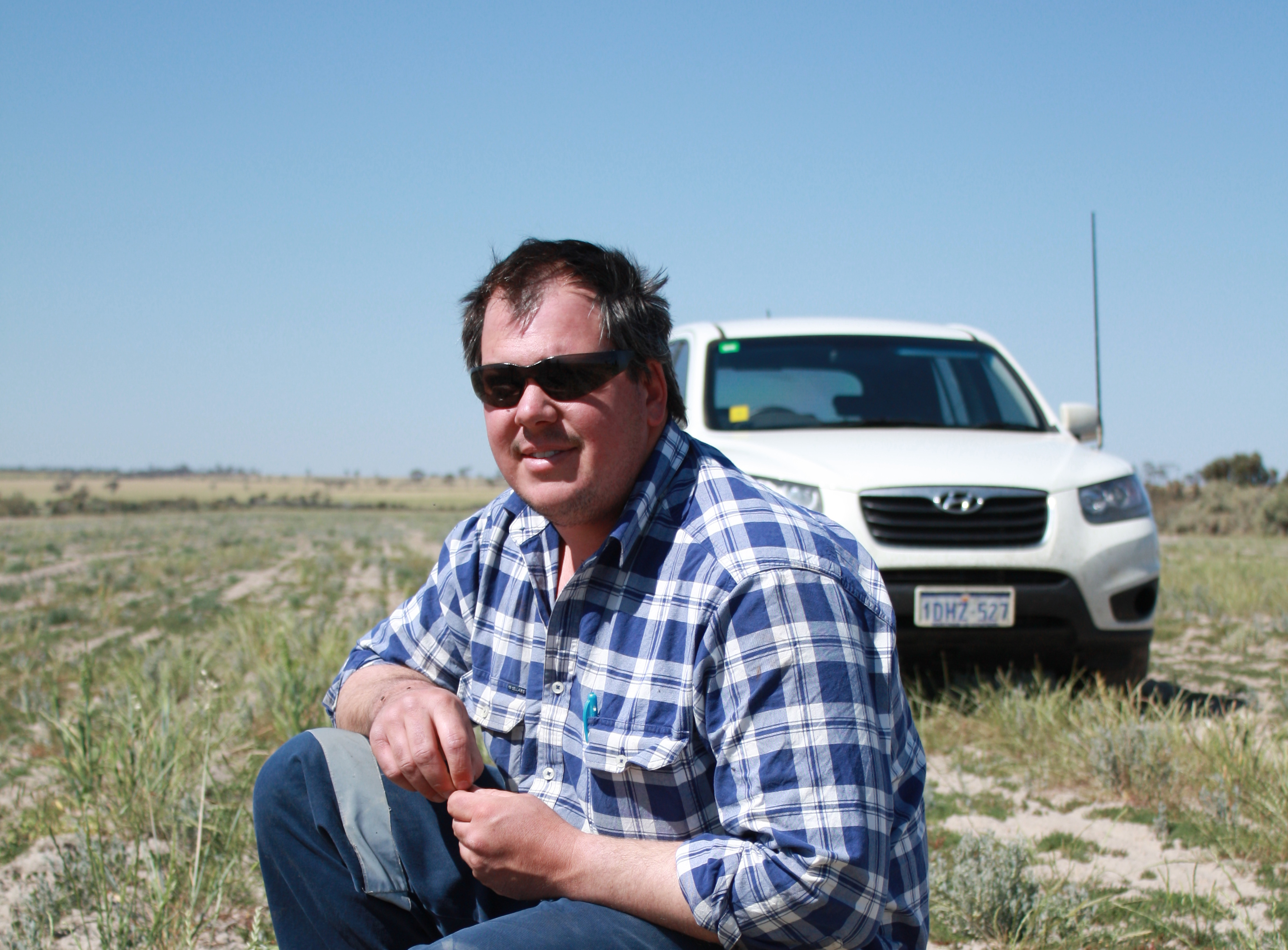 It is satisfying to revisit our project sites to see what has happened after the initial work is completed.

In 2011 Doug Pease from Wyalkatchem participated in our Soil Conservation Program.

He investigated using lucerne and salt-tolerant pastures to improve his sandy and salty sites.

The Lucerne, planted in August with minimal rain had very poor establishment, a disappointing result.

The legumes in the pasture mix were planted too late and failed to thrive.

At the time Doug said “I’ve lost money but have learnt a few things.”

Despite his disappointment, Doug is trying Lucerne again this year. He has also added fodder shrubs, mainly saltbush and rhagodia to his mix.

Doug said that while the rhagodia is less palatable to sheep and cattle than the saltbush varieties, it performs an important role by keeping the sandy soil which is susceptible to wind erosion covered, and also provides a windbreak for the stock.

Something else tried this year on the yellow sandplain country is cereal rye.  Doug is most impressed with its performance, and would recommend it – “It is good grazing when the plants are young.”

Doug is interested in regenerative farming and establishing more fodder crops to both feedstocks and protects his soils.

This Wheatbelt NRM project is supported through funding from the Australian Government’s National Landcare Program.