Rainbow Lorikeets Spotted In The Wheatbelt

Rainbow Lorikeets. With their stunning colours and seemingly playful nature, you might be forgiven for thinking they are a lovely bird to have around your property.

However, the Rainbow Lorikeet (Trichoglossus haematodus) is a declared pest in southwest Western Australia. The largest populations in the State are found around Perth but last year there were reported sightings in both York and Toodyay. The Rainbow Lorikeet is making its way to the Wheatbelt.

The history of the Rainbow Lorikeet’s infiltration into Western Australia starts in the early 1960s when just ten birds were brought into the State. Since then, populations have boomed to around 40,000 birds.

Why Is Having Rainbow Lorikeets In The Wheatbelt A Problem?

These highly distinctive birds are a major threat to local threatened species, including Carnaby’s Black-Cockatoos. The Rainbow Lorikeet competes with our native species for nesting hollows and food. They also introduce disease, damage our crops and cause havoc with farm infrastructure.

Programs such as Operation Rainbow Roost are aimed at locating Rainbow Lorikeet roosting sites. This is so we can better understand the population size and distribution to develop targeted management strategies. Through programs such as these, we can keep the Wheatbelt Rainbow Lorikeet-free and secure local habitat and food for our local species.

Want To Get Involved?

Operation Rainbow Roost is on the lookout for volunteers. Sightings can also be reported to DPRID’s Pest and Diseases Information Service (PaDIS) or their My Pest Guide app. 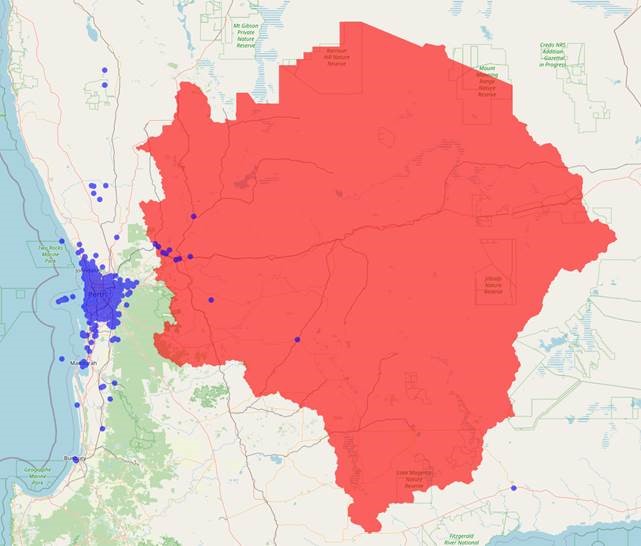 Rainbow lorikeet records from the Atlas of Living Australia.