Name Drop! Can You Name The Carnaby’s Black-Cockatoo Chick? 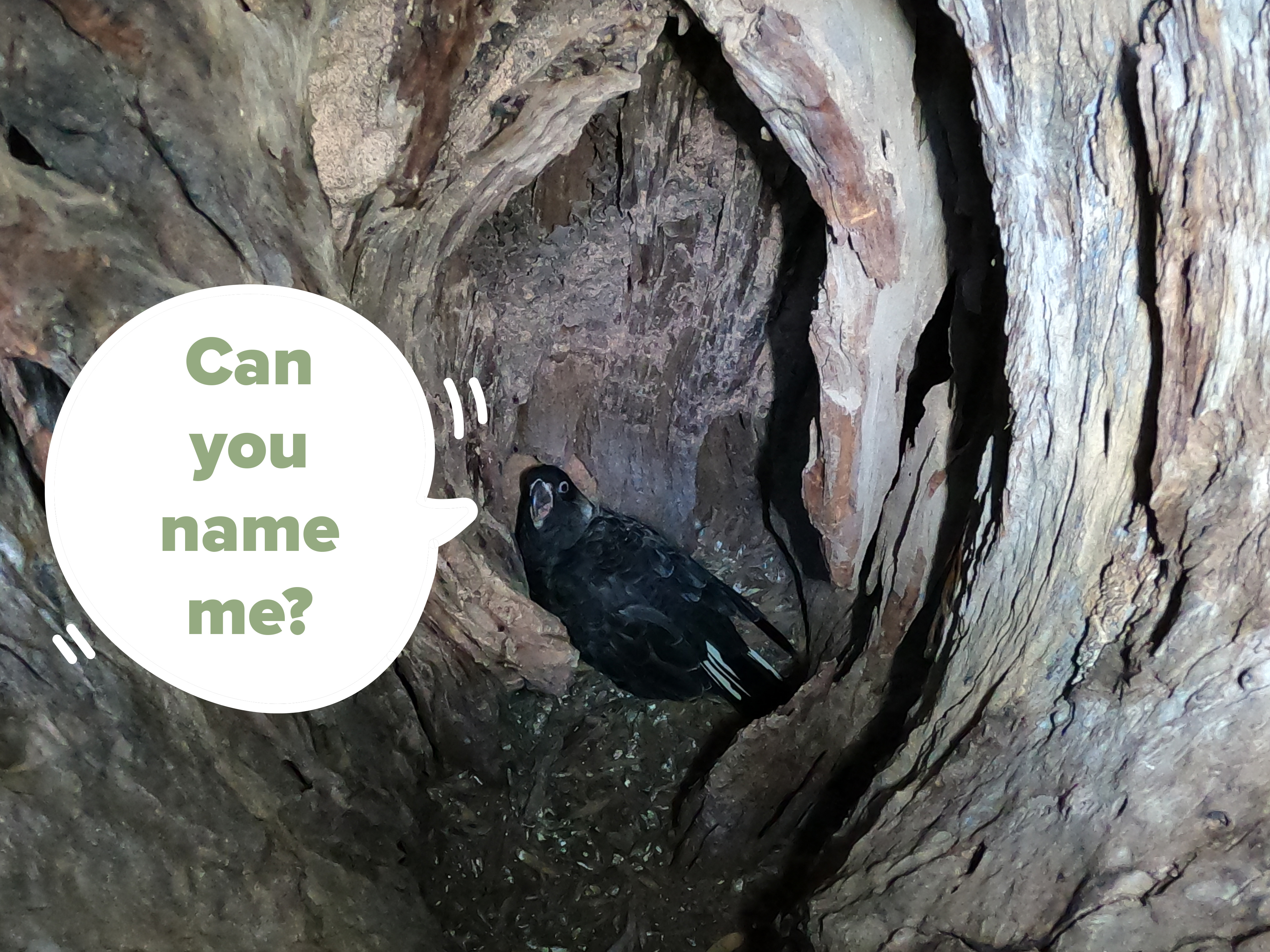 The Carnaby’s Black-Cockatoo chick that we found just before Christmas has survived heat waves and all the normal obstacles that new chicks face. It’s a celebration worthy of a name.

We are now on a state-wide search to find a name for one of the Wheatbelt’s newest Carnaby’s Black-Cockatoos.

Our Carnaby’s Black-Cockatoo project, supported by the Australian Government’s National Landcare Program, has been surveying Wheatbelt habitats for nesting hollows as a way of improving the survival trajectory for these endangered, iconic birds. The project team has been watching a Wheatbelt site for over 12 months. The discovery and survival of this chick is a major milestone.

Program Manager, Rowan Hegglun, says, “Discovering a hatchling at the end of last year was an early Christmas gift for our team.”

"For it to survive multiple days over 40C and other threats is an even bigger achievement.”

He goes on to say, “The chick will be preparing to fledge – or leave the nest – soon so we thought it was only fitting to give it a name before it begins the next stage of its lifecycle.”

The competition is open to anyone of any age from any Western Australian region. Entrants can submit their name suggestions for the Carnaby’s Black-Cockatoo chick via the competition entry page.

The winning name will be decided by a panel of judges and announced just before Easter. The owner of the winning name will receive a $250 prize pack, comprised of your own private family tour at Kaarakin Black Cockatoo Conservation Centre and a Birds Of The Avon River Basin book.

This project is supported by funding from the Australian Government’s National Landcare Program.