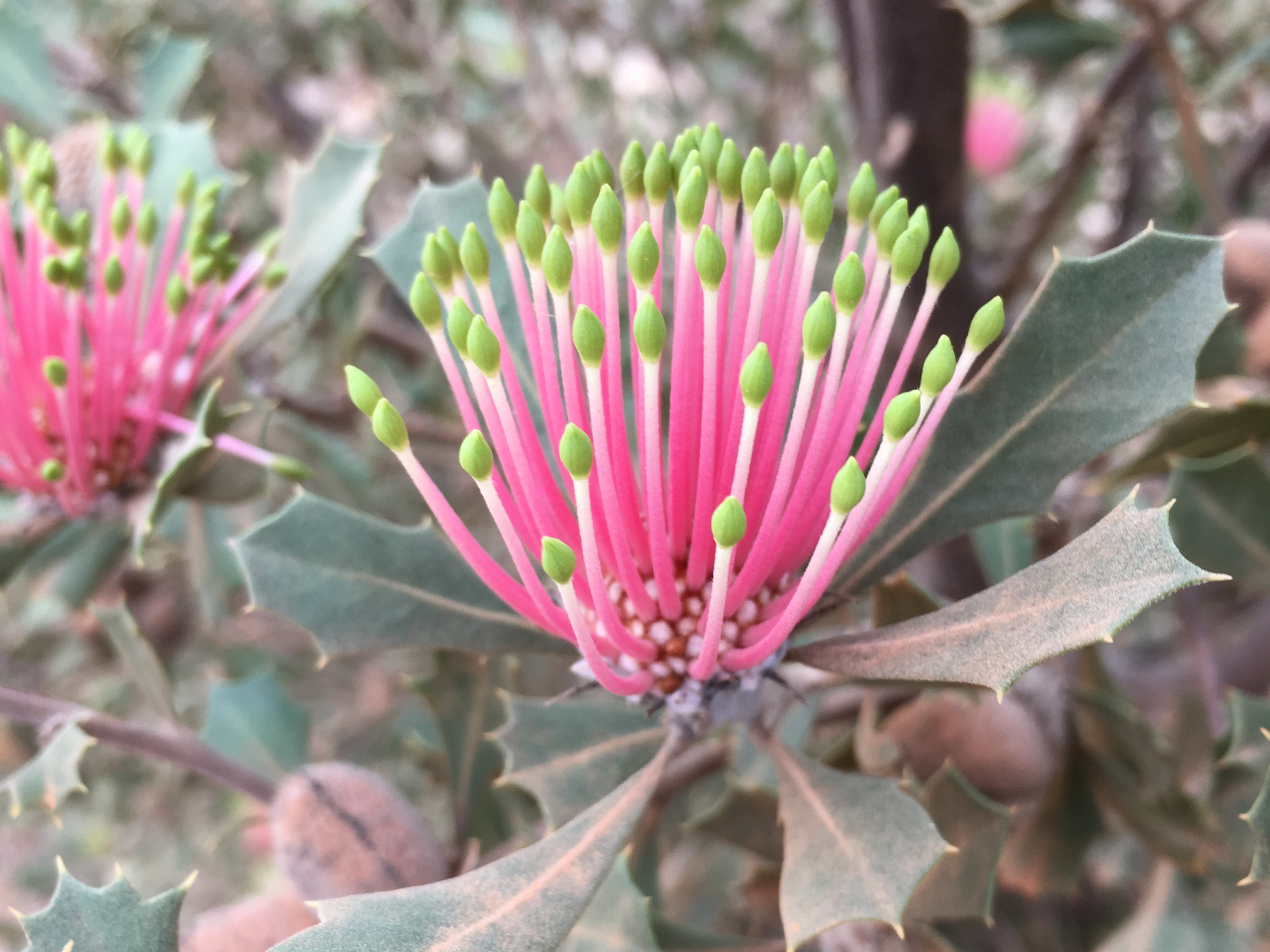 As part of the National Landcare Program Wheatbelt NRM has been set the task of urgently acting to protect the threatened species - Matchstick Banksia, Banksia cuneata, also known as the Quairading Banksia.

This is a unique species named for its distinctive flowers, is found in small patches in the shires of Quairading, Brookton, Cuballing and Narrogin. It is estimated that there are as few as 500 plants left in the wild.

Banksia cuneata is listed as Declared Rare Flora under the WA Wildlife Conservation Act and as Endangered under the EPBC Act.

The Matchstick Banksia is a unique plant, endemic to the Avon River Basin, named for its distinctive bright pink, cream and yellow flowers tipped in green.

The aim of this project is to conserve the existing populations and to improve the overall species security. We’ll be working to achieve this through undertaking actions in partnership with land managers to tackle threats impacting on populations.

By forming meaningful partnerships with land managers and increasing the awareness of this species within the community we can put this species on a path to recovery.

Our first step is to identify existing populations of the Matchstick Banksia as well as potential areas of suitable habitat.