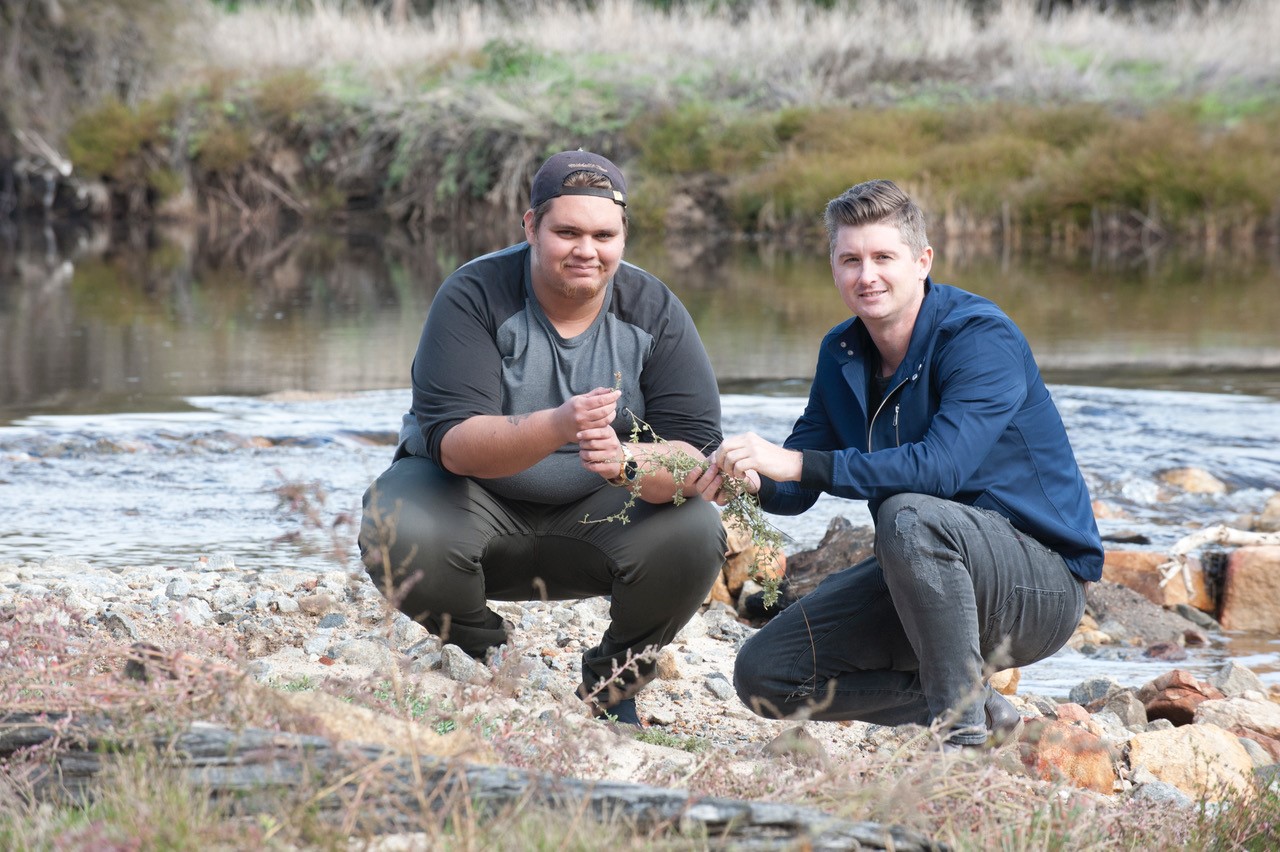 One of Perth’s top chefs has travelled to Northam to help reinforce the demand for bush tucker. Como The Treasury’s executive chef, Jed Gerrard, spoke with local Indigenous leaders about how wattle seed, quondongs, sandalwood nuts, river fern and salt bush were being dished up to customers. He said the Wildflower restaurant had based its menu on the Noongar six seasons.

“Three years ago we began to create a menu that told you where in the world you were, and what time of that year,” Jed Gerrard said. “We now source 95 per cent of our ingredients from WA. Instead of importing asparagus from Mexico when it’s not in season, we’ve searched and found local alternatives.”

Mr Gerrard spent his childhood growing up in the bush at Balingup and his summers north of Carnarvon at Red Bluff. He said that one of the biggest challenges for sourcing bush tucker was finding a continuity of supply. Natural resource management group Wheatbelt NRM hosted the workshop. The group’s project support officer Judd Davis explained that the workshop was about showing local people there was a market for these plants. Wheatbelt NRM has supported four bush tucker trials in the region, including the Six Seasons Garden at Northam Senior High School, through funding from the Australian Government’s National Landcare Program.

“We’re really passionate about making a livelihood out of bush tucker, because it’s an important way of passing down Noongar culture,” Judd Davis said. “There is a real fear that this knowledge could be lost through the generations, and this is one way of guaranteeing that won’t happen. We’d like to see these trials become commercially viable to the point they could be supplying supermarkets.”

One of Jed Gerrard’s signature dishes used bottlebrush flowers. “We researched how the Noongars used to use them and found they soaked water in them like a sweet cordial,” he said.

“We now do this in the restaurant, extracting the flavour and making a beautiful sorbet served with a hung yoghurt. The idea of using bush tucker is to pay homage to the traditional owners and help to identify exactly what WA food is.”