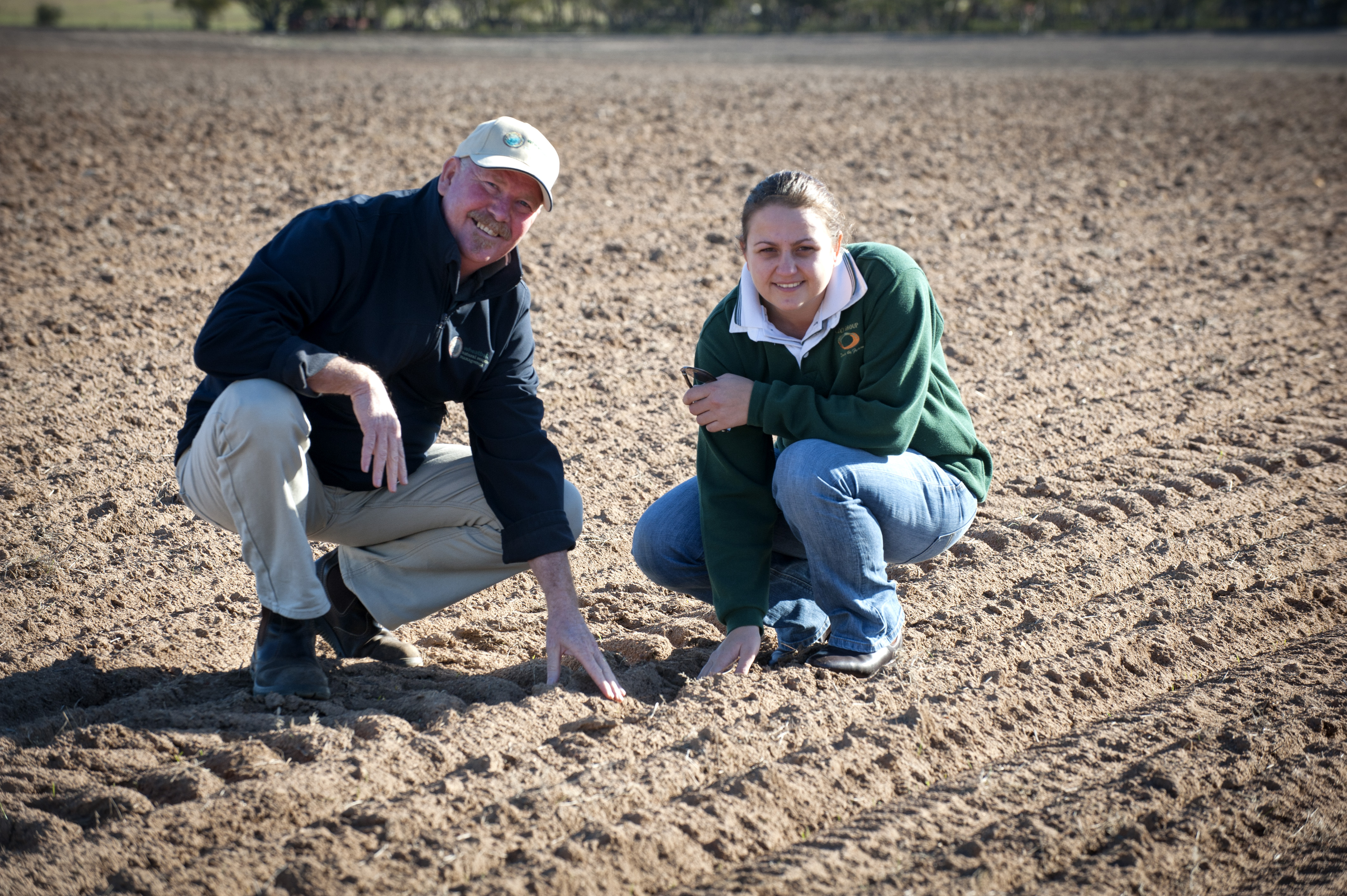 The hot, dusty summer of 2010 followed one of the driest winters on record for WA’s broadacre farming community. Many Wheatbelt farmers were left wondering how to preserve their most valuable asset – the soil. Like many of his neighbours, Wickepin farmer Clinton Hemley was facing the tough job of managing what little stubble was left on paddocks, while still running sheep. “What happened 18 months ago forced many of us to go back and reassess what we were doing,” Clinton Hemley said. “Poor pastures and the little bit of stubble left over from the cropping season struggled to hold precious topsoil together. “We didn’t want to sell our sheep, because they were important in our farming rotation, but we did need to find out how to manage our stubble in a drought year, manage weeds without widespread burning, and not open the land up to more wind erosion.” The scenario facing Clinton Hemley was repeated throughout the Wheatbelt and prompted the Facey Group, with a membership of more than 200, to investigate how to protect and enhance soils at a time of great climatic uncertainty. The group’s executive officer Felicity Astbury said farmers were continuing to express concern about their sustainability. “This really motivated us to investigate improving productivity during times of extreme hardship,” Miss Astbury said. “We decided to start a series of demonstrations on properties to improve soil health. “This included liming, crop rotations to control weeds and soil disease and looking beyond just adding more and more fertiliser, which clearly was no longer a sustainable option.” As part of the drive to find out how to better manage Wheatbelt soils, the Facey Group approached Wheatbelt NRM for help. Through the natural resource management group’s Soil Conservation Incentive Program, the project was successful as a ‘Flagship Project’ and a grant of $65,000 was secured. Funding was sourced through the Australian government’s Caring for our Country program. “It‘s really difficult to attract investment into grower driven trials and demonstrations, while at the same time attracting industry experts willing to travel to our region,” said Facey Group Sustainable Agricultural Coordinator Sarah Hyde. “Without this funding, many farmers would have been faced with the prospect of doing the same thing next season, instead of being able to investigate alternative options which could be far more sustainable.” Wheatbelt NRM’s David Grasby said there were several reasons behind the significant investment into the Facey Group. “We realised the work they were doing with their farmers could be replicated in other parts of the Wheatbelt,” David Grasby said. “These included the problem of non-wetting soils and trying to stop the massive dust storms that seem to be making headlines each summer.” He said there was also a push to see the Facey Group investigate biochar as an option. “Biochar is a waste product that can come from lots of different sources,” David Grasby said. “It’s a difficult concept to get your head around, but put simply, it’s a stable form of charcoal, produced from heating natural organic materials like crops and manure, in a high temperature, low oxygen process known as pyrolysis. “According to the CSIRO, biochar has the potential for use in carbon sequestration and in improving soil condition.” Wheatbelt NRM was keen to see more work done on biochar in agriculture, because of the Australian government’s emerging Carbon Farming Initiative. “Part of the Facey Group trial will examine the effectiveness of biochar at increasing soil carbon and test the theory that biochar is a good inhibitor of soil pests and diseases,” David Grasby said. The Facey Group’s Sarah Hyde was overseeing the biochar trial being conducted on the Hills family property at Yealering. “We sourced the biochar from Simcoa, a company based in Bunbury that makes silicon,” Sarah Hyde said. “The biochar comes about from the wood burnt to fuel the Simcoa furnace.” Sarah Hyde said the trial used quantities of one, three and five tonnes to the hectare, spread using a trial seeding bar with knife points and press wheels. “The trial plot is small in size at less than a hectare, on sandy loam soils which were in pasture last year,” Sarah Hyde said. “We planted the Mace wheat at the end of May at 60 kilograms per hectare, along with 50 kg/ha of DAP and 45 kg/ha of urea spread up front.” Sarah Hyde said plant tissue testing and soil analysis would help to compare the responses from the biochar applications of zero, one, three and five tonnes. “The thing with biochar is it doesn’t break down for a very long time, so we wouldn’t expect dramatic change over just one season. “And that’s what we want to investigate, whether there is a long term benefit on soil health.” The Facey Group’s Felicity Astbury said the $65,000 grant has already gone beyond just the trial of biochar. “We kick started the program by taking 11 farmers from Wickepin to the northern agricultural region in the spring of 2011,” Felicity Astbury said. The farmers were able to witness first hand how mould boarding was used to flip the bottom layer of soil to the top to address non-wetting soils. The group also looked at a similar technique known as spading, with both systems incorporating liming. “Because of the nature of WA soils being low in pH, there is keen interest in just how much lime is needed to balance soil acidity,” she said. “Back home, we already have the program up and running with farmers implementing their own rotational demonstrations.”